Injured in a Car Accident While on the Job? Read This Before You Hire an Attorney

If you were injured in a car accident while on the job, you may not realize that you have several, separate claims arising from one accident

One interesting example of this situation is a past client of mine, we’ll call him Norman.

On a sunny day in Volusia County, Norman was traveling southbound on I-95 with 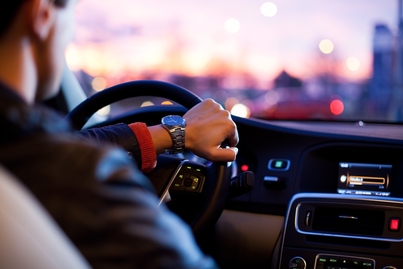 his foreman in a company truck. Norman was riding passenger while his foreman was driving safely at about 60 mph.

Suddenly, the company truck was rear-ended so violently that the truck began to spin out of control. While spinning, the truck was hit again on the back tire and again on the front driver tire, causing the truck to flip before finally hitting a tree and coming to a shuddering stop.

Norman was transported to a hospital immediately.

While recovering from the accident, Norman developed excruciating pain in his back that was so bad he could barely walk. He repeatedly asked for a police report and pictures from the accident, but had not received anything. He was told by his job that everything “would be handled” yet he was left completely in the dark.

Norman had no health insurance, and soon he was fired from his job for lack of transportation.

Norman initially hired one of the larger law firms in Central Florida to handle the claim, but once his personal injury protection benefits had been exhausted, Norman called us as he had no funds left to pay for his day-to-day bills and expenses.

Guess what we found when we took over his case?

We found that his workers’ compensation claim had never even been opened! The firm that previously assisted Norman did not practice workers’ compensation, so they did not see that Norman had a claim for medical treatment and payment of bills because he had been hurt on the job.

We immediately opened the claim for him, which allowed Norman to see a workers’ comp doctor and begin receiving treatment for his injuries. He also began to receive wage loss checks from the workers’ comp insurance company.

While handling Norman’s personal injury and workers’ compensation claims, we also helped him apply for Social Security Disability since his injuries were so bad he could no longer work. We got him picked up on SSD and soon Norman was receiving monthly payments to help with his bills and health insurance.

This is an example of how important it is to have one team that can see and handle every aspect of your case. Many firms do not realize that someone injured on the job may have separate cases: a personal injury case, a workers comp case and even a Social Security Disability case. The coordination of these important types of claims is absolutely essential in order to maximize the benefits for the injured person.

Some lawyers can be too specialized in one area. And even if you are using several lawyers from one law firm, if those lawyers do not work as a team on your case then they run the risk of costing you thousands of dollars.

In Norman’s case, if he had not come to Coye Law Firm he would have missed opportunities in terms of medical care, health insurance and the payment of bills. Hiring a firm that could see and understand the significant interplay between his claims was the difference between being able to pay his bills, get his injuries properly treated, and keep a roof over his family’s head.

If you have questions about your Florida auto accident case or workers comp case you can download a FREE copy of Wade Coye’s books, Sharing the Secrets, Learning the Lies: A Guide to Florida Personal Injury or A Guide to Florida Workers Compensation. You can also contact our expert team by calling (407) 648-4940 today or by filling out a contact form.