Wade Coye is the author of several reports and Amazon Best-Selling books, including:

If you are considering hiring me and my team, you should know about my background, who I am, and why that can be helpful to you.

First, you should know that the most important thing in my life is my family. I’m happily married with five children, and my children have grown up with my law practice (you might have even seen them in my office during their younger years – cleaning, doing repairs, fixing computers). I met my wife at a church picnic, and we still attend that church today. Today, two of my children live on their own and three are in college. Fun fact about me: I have a private pilot’s license and I am instrument rated. 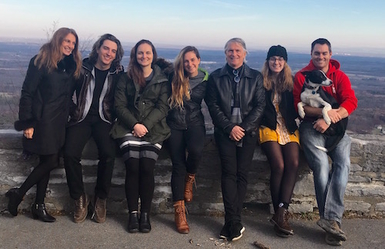 I grew up on a dairy farm in rural upstate New York. As the son of fourth-generation dairy farmers, I worked side-by-side with my grandfather and father—waking up early to plant crops, look after the livestock, and find solutions to problems that at the time seemed impossible. Some days we would start working before the sun came up and wouldn’t stop until long after dark. It was difficult, yes, but it taught me that there is reward in helping others and that you must work hard, even in the face of seemingly impossible tasks, to succeed.

In addition to farm work with my father and grandfather, my brothers and I also had a paper route. We delivered the Syracuse Herald Journal seven days a week!

Education, Politics, and Life in the Military

I am particularly proud of my military service. I served in the United States Army, Infantry, 1/41st Infantry Battalion, 2nd Armored Division, Fort Hood, Texas under the Command of Lt. Colonel Franklin W. Trapnell, Jr. Remarkably, thanks to the internet, I still keep in touch with some of the men who were then a very big part of my everyday life.

My legal career began with a large commercial law firm. My work included handling legal matters on behalf of the Resolution Trust Corporation, product liability, directors and officers liability, and other commercial matters.

In 1991, I founded Coye Law Firm (then known as Law Office of Wade Coye) as a consumer-focused practice handling personal injury, workers’ compensation, wrongful death, and insurance claims. I was an early adapter of computer technology and the Internet, appearing on one of the first national lists of lawyers using the Internet in 1994.

I feel privileged and honored to have had the opportunity to work with clients who have received outstanding results in a variety of legal cases, some of which have included successful suits against a major theme park in the Orlando area, utilities, construction companies, and major insurance carriers. My team and I have obtained million dollar recoveries in catastrophic injury cases and have successfully handled appeals to the First and Fifth District Court of Appeals, as well as the Florida Supreme Court.

We work hard on client matters, and I have always taken pride in giving our clients the best results possible. It’s no question that not every case ends the way we would like it to, and I don’t believe in hiding problems in cases that are insurmountable to a client’s final result. Unfortunately, sometimes I have to be the one to deliver bad news, and it’s one of the hardest things for me to do in my law practice to let someone know that we can’t help them, or that the law and facts will simply not provide the result that we would like. Nevertheless, I know our efforts in thousands of cases have delivered results above and beyond my clients’ expectations, and that is our ultimate goal.

My Dedication to the Central Florida Community 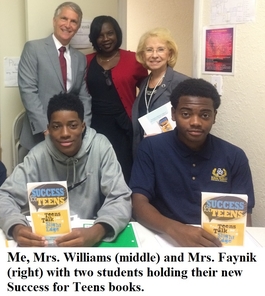 As a professional working in Central Florida, I wanted to do more to contribute to the community. It began with my decision to donate 120 “Success for Teens” books to Saints Academy Private Christian School in Orlando. This book sets out to help teens establish good habits into adulthood and prepare them for college, careers, and beyond. Over the years, I’ve been receiving updates from the school and I couldn’t be prouder of all that they have been inspired to accomplish.

In addition to leading multiple donation drives for those affected by natural disasters and collecting change to provide financial assistance to those in need, they have also collected survival items. During the holiday season, their generosity didn’t quit. For Thanksgiving, they donated groceries to a senior living facility in Orlando; and for Christmas, they were able to donate over a hundred gift bags to another local senior living and rehabilitation center which were filled with socks, lotion, fruit, and candy. I continue to be blown away by how these books have affected these students, and I’m so glad I was able to donate them.

I have also been afforded the opportunity to speak to students involved in their Operation Take Back organization. Operation Take Back works to mentor students and instills values similar to those in “Success for Teens.” I’m so grateful that I was able to return and continue to express my admiration for this book. We even had a discussion about their wildest dreams, and I was immediately impressed by the wide variety that they had to share. Each one of these students is on their own path to success, and I’m so glad that “Success for Teens” could help them along the way.

I also donated 650 copies of the same book to Evans High School in Orlando, and even hosted an essay writing contest with them. I asked them to write about their most ambitious goals, and the top three essay writers were awarded scholarships. I was so impressed by their entries that I held the contest again the following year, this time asking the students to write about how the “Success for Teens” book has impacted their lives. Again, I was blown away by the submissions and awarded three scholarships to the top essay writers. 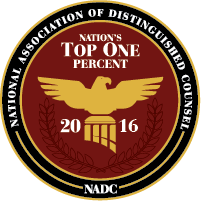 The Team that Makes it All Happen

Finally, you should also know about my team at Coye Law Firm. I believe the team you select and work with are critical to the success of your case. I make a point of hiring undergraduate interns, because their fresh perspectives, ability to balance class and work, and eagerness to learn are traits that will go a long way in the legal world. At Coye Law Firm, we are preparing the next generation of lawyers for a life in this field. Many of my employees started working while in school, and have been working here since as a part of our team-based efforts to obtain the best possible results for our clients. Typically, when we intake a new matter, there are usually 2-5 team members who are involved in some capacity or another in working to achieve the success our clients deserve in their legal cases. We know that sometimes the wheels of justice move slowly, and that quick results in hard cases rarely achieve great results.

See What Others are Saying About Wade Coye

“I learned so much about workers’ comp from Mr. Coye’s book”
This book touches on a lot of subjects, especially third party claims – which Mr. Coye mentioned most lawyers would miss – and that made me keep him in the back of my mind when it came time to hire a lawyer. I would recommend this book to anyone. It’s very informative! -D.C., Orlando, Fl 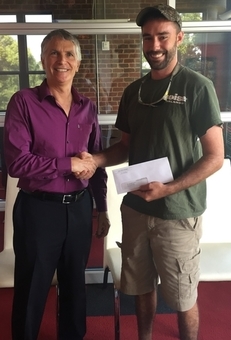 “Wade Coye Law is absolutely a top notch firm”
Wade’s approach to legal advice sets the standard for others to follow. Our son was involved in an accident and Wade was absolutely, 100 percent committed to helping us by responding to questions and concerns. Not to mention being a top notch attorney. Thank you again Wade! -Anonymous, Avvo review

“Best, most straightforward lawyer in Orlando”
I first hired Wade almost 20 years ago. He was instrumental with helping negotiate and transact the sale of my business. I had dealt with several other lawyers in Orlando prior to meeting Wade. Since day one, he has always been straight forward and honest with me. He was effective and efficient, and he was good at counseling me on what to expect each step of the way. Every time I need a lawyers, I always call Wade. Tried and true, no need to go anywhere else. -Roderic, Avvo review

“Without their calm expertise…we would never have had achieved the resolution that we did”
Our business was deeply satisfied with the massive amount of work and support Wade Coye, Amber Williams and their entire team provided us- work involving arbitration, complex circuit court breach of contract litigation, and subsequent response to an appeal. Without their calm expertise in navigating some pretty turbulent waters, we would never have achieved the resolution that we did. We highly recommend them. -David, Google Review