Securing Justice For Even The Youngest 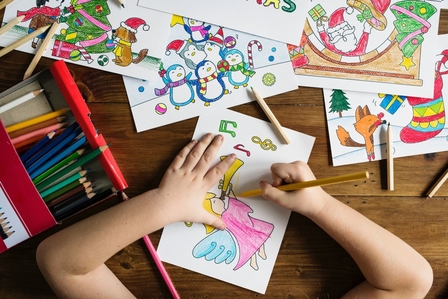 If there’s one case that exemplifies every parent’s worst nightmare when it comes to entrusting their children in someone else’s care, it’s that of one of our former clients. At just 3 years old, she was immediately rushed to the emergency room after her mother was more than horrified to realize that her fingers had been smashed between a door while she was under the supervision of daycare center professionals.

If that doesn’t seem traumatic enough, the child’s mother wasn’t even informed of the severity of her daughter’s injuries until after her husband had come to pick her up from the daycare center. It was as if the owner and other employees didn’t even seem to care, and proceeded to lie to the child’s family about what had happened to her.

During her time in the emergency room, it was discovered that she had lost 2 of her fingernails and a small amount of skin. Soon after finding this out, the child’s mother sought to obtain the best possible representation in an effort to secure justice for her daughter, who was forced to endure an inexcusable amount of pain and trauma at such a young age.

Before learning about the services offered by Attorney Wade Coye, the child’s mother made the decision to invest in another law firm. Within a short period of time, however, her daughter’s case was completely neglected rather than being treated with the utmost respect and priority it truly deserved.That’s when the child’s mother knew it was time to put her daughter’s case in the hands of a more equipped law firm whose staff would be wholeheartedly committed to its success from start to finish.

From the moment she inquired about receiving legal representation from the Coye Law Firm, the child’s mother was immediately astounded with just how down-to-earth everyone in the company actually was. What she found most surprising was the fact that her assigned attorney, Ursula Remy, possessed all of the qualities that she had yet to affiliate with anyone in the legal profession.

In addition to providing her with constant communication regarding the progress of her daughter’s case, Ursula was also very understanding and did exactly what she promised she would do to help both the child and her mother recover. The child’s mother was also particularly satisfied to find out that Ursula was a mother of children of her own, which definitely helped to explain the quality of her services.

For instance, rather than putting off the impression that her child’s case was only as important as the amount of money she would be getting to resolve it, Ursula instead cared so much more about making sure that the child and her mother were treated like actual members of her family throughout the entire process. Despite being asked to state any negative qualities she affiliates with the Coye Law Firm, the child’s mother responded confidently with, “There was nothing I didn’t like, no matter what.”

If you are a parent who has recently found yourself in a situation similar to the one discussed here, now is the time to understand that you DO have what it takes to secure justice for your child in ways that you never thought you could.

It all begins with a quick call to the Coye Law Firm at 407-648-4940 or click here to contact us now. We look forward to speaking with you!